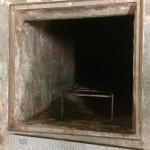 ‘La confianza’ means both ‘confidence’ and ‘trust’ in Spanish – both of which I found myself in great need of on my ‘viaje reciente’ (recent trip) to Barcelona.  It isn’t easy running a language business and finding out ‘soy un desastre para aprender’ (I am rubbish at learning) a new ‘idioma’ (language).   ‘Mi problema’ (my problem) is partly that I expect it to be ‘fácil’ (easy) and partly that there are no Spanish for Fun classes in my ’pueblo pequeño en las colinas’ (tiny village in the foothills) of the French Alps.  But armed with the ‘curso para principiantes’ (Beginner’s course) that I did ‘hace tres años’ (3 years ago) and a quick look at the revision videos, I was determined to ‘intentar hablar cuanto más español mejor’ (try to speak as much Spanish as I could) ‘para salirme con la mía’ (to get away with).

My interesting ‘combinación’ (mixture) of sheer bravado, ‘una noción superficial’ (a smattering of) several European languages and the odd glass of rioja, enabled me to get by in most situations without ‘ofender a’ (offending) too many people – although there was an incident with a chicken which is far too rude for me to explain here – but if you are not good at remembering the gender of nouns, I would advise you to order ‘el pollo’ (the chicken) in English or you could get more than you bargained for.

I learned two really useful things on this trip about being a beginner in a foreign language.  The first is to start every conversation with ‘¿Hablas inglés?’ (Do you speak English?).  If they answer ’No hablo inglés, lo siento!’ (I don’t speak English, sorry) you can get away with Tarzan Spanish, miming skills and even whipping out ‘el traductor de Google’ (google translate), safe in the knowledge that they are unlikely to sneer at you and may even ‘disfrutar del espectáculo’ (enjoy the performance).  If they answer ‘un poco’ (a little), the best tactic is to say ‘¡Voy a intentar hablar español, aunque no es fácil!’ which normally results in them making the odd ‘sugerencia útil’ (helpful suggestion) but generally showing respect to the ‘fenómeno raro’ (rare phenomenon) of a British person making funny noises.  If they answer ‘Sure – how can I help?’ ‘a menudo con el fastidioso  acento americano’ (often in an annoying American accent) I suggest that you allow them to show off and just relax and ‘disfruta del paisaje’ (enjoy the scenery).

As your confidence improves, another ‘frase importante’ (important phrase) to master is ‘Lo siento, no entiendo, sólo hablo un poco de español’ (Sorry, I don’t understand, I only speak a little Spanish) which will generally guarantee you ‘elogios’ (compliments) on your amazing ‘acento español’ (Spanish accent) which is nice and stops them from speaking real Spanish back to you, none of which you understand.

I am pleased to report that I managed to ‘pedir algo para comer’ (order food), ‘comprar entradas para un museo’ (buy museum tickets), ‘encontrar un aseo’ (find the toilets), ‘comprar un billete de tren de ida y vuelta’ (buy a return train ticket), ‘pedir algo para beber’ (order a drink), and generally be a convincing Spanish speaking British tourist.  However, I also noticed that there are several shortcomings to the course – the most important being how to order an ice-cream, to differentiate between dry and medium white wine and how to identify ‘callos’ (tripe) so as not to order it by accident again.

Find out why I needed ‘la confianza’ (trust) in my next blog.  The photo is a hint.