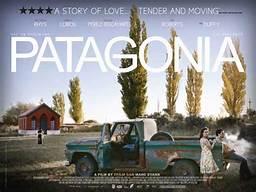 We watched a Welsh/Argentinean film while enjoying some nice food and drinks!! Followed by a lively discussion about the film… As always!! 🙂

‘Inspired by Patagonia, an area of Argentina settled by the Welsh in the 1860s, this is an intriguing double road trip movie. It follows two Welsh women at different stages of their lives, travelling across two very different landscapes, one Spanish speaking, one Welsh speaking. Gwen is facing her future as she discovers the wonders of Patagonia, while the elderly Cerys journeys back to Wales to trace her past. This is a romantic drama which introduces themes of identity, tradition, language and culture while probing what it means to be Welsh.’ Into Film