Spanish For Fun in Leeds

We offer fun, stress free, daytime and evening lessons in relaxed but highly structured and effective classes.
Our classes are:
-focused on communication
-in small groups so everyone feels at ease to join in.
-created specifically for adult learners
-part of a structured programme that could take you through to advanced level

We don't:
-work for any exams
-have compulsory homework
-put anyone on the spot

If you are not sure what level you are please contact steve@languageforfun.uk or send an Enquiry on this site 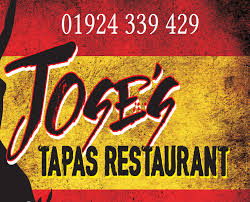 Steve's interest in the Spanish language began back in 1987 when he went to work in Spain as a holiday rep. His journey began in Menorca and ended in Benidorm in 1997. During the ten years working overseas in various Spanish resorts, Steve developed a love for Spain, its culture and its language and that passion continues to this day, over 30 years later.

Steve perfected his conversational and grammatical understanding of Spanish and is 100% self taught.

Steve believes that a major benefit to his overall comprehension of Spanish was the fact that he lived in Spain and was able to listen and observe the way the Spanish spoke. It was almost like an ongoing lesson for him and he picked up all the Spanish colloquialisms and ended up with a fairly decent Spanish accent.

During the winter of 1991/2 Steve took some time off to work in a ski resort in Andorra and took a job singing and playing guitar in a restaurant, he did some ski instructing for beginners and he also did some Spanish teaching to some of the British resort staff.

Steve finished his overseas career in 1997 and subsequently returned to the UK, but continued to visit Spain whenever he could and take holidays there in order to try and maintain a high level of Spanish. After all that work getting fluent in the language, it would have been a shame to lose it.

It has always been a dream of Steve's to teach Spanish, for two reasons:
1) The satisfaction from being able to pass on his knowledge to others and see them progress, as he remembers what it was like for him at the early stages.
2) It gives him the opportunity to keep speaking a language he loves.

Being a Spanish Teacher at Language for Fun, is the perfect opportunity for Steve to continue his journey through Spain, its culture and its language and he very much hopes you can join him.

Hola! I´m Fiorella, a native Spanish speaker from Peru who moved to the UK in 2017, I am still getting used to the British climate! I started teaching Spanish classes with Language for Fun in the Midlands before I moved to Horsforth, Leeds with my family. I love teaching languages and helping people to become better Spanish speakers. I have worked with adults and children previously in one-to-one lessons and now I really enjoy teaching groups in the sociable, relaxed and encouraging format that Language for Fun provides. Spanish lessons have never been so much fun!

How does Language for Fun work?

Search through our extensive range of courses to find the perfect course for you! Choose from Beginners, Improvers, Intermediate and Advanced courses!

2. Book onto a course that's convenient for you

If you don't see the perfect course for you, scroll to the bottom of the page to find your nearest language schools and ask the local licensee if they could start a class on a day or time to suit you.

Some of our learners have been with us for over 12 years! Be patient with yourself - the process of learning a language is never complete but each term you should be that bit more confident to use your newfound skills and get the most out of your travels.

What our Students say

Loving it!
Loving my classes with Vicki on a Friday morning!
Sue - Whitstable
Relaxed atmosphere
I'm really enjoying French for Fun in Whitstable in a relaxed atmosphere with a friendly group.
Hilary - Whitstable
Review from Jean
I enjoyed learning Spanish with Lauren. The beginners' course assumes no knowledge of the language at all, which was ideal for me. After 10 lessons., Lauren gave me the confidence that I could ask some basic questions and perhaps even understand the answers! The course material is focussed on every day words and phrases which was exactly what I wanted. If you plan to speak Spanish in South America, Lauren's course is ideal because she has lived and worked in Bolivia
Jean Robb - Stourport
Learn lot and no homework
French for Fun lives up to its name! We learn French phrases which you would use every day, in a relaxed and sociable atmosphere. I could not recommend the courses more highly if you would like to improve your French conversation and listening skills quickly - without actually having to do any homework!
Jean Robb - Worcester
I can speak in real life !
"I have just got back from Majorca... and had several almost normal conversations to the point where the lady in the gift shop refused to use English...forcing me to use Spanish which I did quite well if I say so myself! My point is I felt I didn't understand … much but the difference ...compared to last year is MASSIVE so thank you very much and look forward to next term."
M C - Lichfield - Duke of York
Re-learning schoolgirl French
I'm really enjoying re-learning my school girl French and having the chance to chat to others. Vicki makes it fun and I have met some new people.
Hazel - Westgate-on-Sea
I highly recommend the class
After taking a few French courses over the years, it has been so enjoyable to concentrate on actually speaking French. Sophie creates a relaxed atmosphere where you are encouraged to join in a conversation and improve your vocabulary and communication skills.
Hilary L. - Harrow
Practice without being put on the spot
Always in a relaxed atmosphere, the classes are light and fun, but you are learning all the time. Small groups are really good and you always get a chance to practice something but without being put on the spot.
Trevor - St Albans
View all student reviews